Peterborough is one of the UK’s fastest growing and successful New Towns. Steeped in history it’s ancient Cathedral is based on a site where religious observances have taken place since the 7th century.

It’s origins as a town of industry, first in brickmaking, and then manufacturing, have laid the foundations for a dynamic business environment. It continues to be a magnet for engineering talent, and trades well upon its connection to strategic infrastructure (which caused the city to boom in the first place). Large manufacturing firms such as Perkins and Caterpillar have engineering bases there. According to CBR figures, 20% of Peterborough’s turnover comes from high-tech manufacturing (with a further 6% stemming from other manufacturing).

Its position on the A1(M) and East Coast Mainline make it an attractive place for businesses valuing ease of transportation, enabling many firms to establish distribution centres there, including Amazon. Due to the UK’s strong preference for online shopping, this industry is likely to both grow and change in future as new methods of transport and distribution become available.

It has also acted as a magnet for aspirational workers who want easy access to London, the Midlands, and the North, coupled with affordable housing.

Peterborough has a rich history of inward migration over many generations, driven by employment prospects, the rail and brick industries in post-war times for example, and by social circumstances. Peterborough accepted around three quarters of the Eastern region’s asylum-seeking cohort in the 1990’s, and our more recent growth of central and eastern European residents has seen new residents come into the city to take up employment, typically in agriculture, distribution centres and the service sector. Its population today is young and multiculturally diverse, and growing at a fast rate – with more than 150 languages spoken.

The city has responded imaginatively and sustainably to the changing dynamics this has brought about. Peterborough was selected by Government as one of the first five national Integration Areas because of the well-developed understanding we have of our communities, and the resultant Integration Strategy has informed the Think Communities approach we are now taking in the city. It is an exemplar to other UK cities in its adoption of environmentally friendly and ‘smart city’ approaches.

Nonetheless, Peterborough has challenges. It has a lower proportion of higher-level skills than elsewhere in the area, and educational and health outcomes in Peterborough are relatively poor.

As a unitary authority Peterborough City Council has both the powers of a non-metropolitan county and district council combined. The political leadership of the council is made up of 60 councillors, one third of whom are normally elected each year, with no elections in the fourth year. There are 29 Conservative councillors, 17 Labour councillors, 8 Liberal Democrat councillors, 3 Green Party councillors and 3 Werrington First councillors. The leader of the Council is Cllr Wayne Fitzgerald and the Deputy Leader is Cllr Steve Allen. The council uses a Leader and Cabinet model for decision making.

Following the elections in May 2021 the council remained in no overall control and the Conservative Party continued to form the administration of the council.

There are eight cabinet members including the Leader and four cabinet advisers. There are currently four scrutiny committees as referenced in the following section on governance. The Council also has a Civic Mayor (and Deputy) whose role is to act as the Council’s ambassador in the city and chair Full Council meetings.

All chief officer posts are currently shared under a Joint Chief Executive except for the s151 officer role, with each council retaining a separate management team meeting for budget discussions. It is a collaborative, open and supportive culture which retains a high degree of constructive challenge with clear joint accountability for decision making.

Looking to the future. 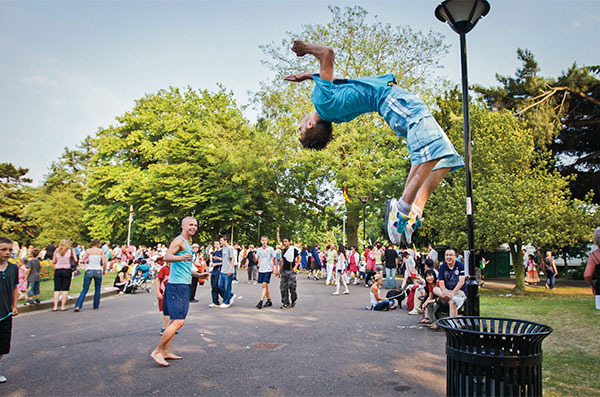